The process is actually quite simple.

1. To begin, ask the students to decide on a time signature and create a two bar rhythmic pattern. 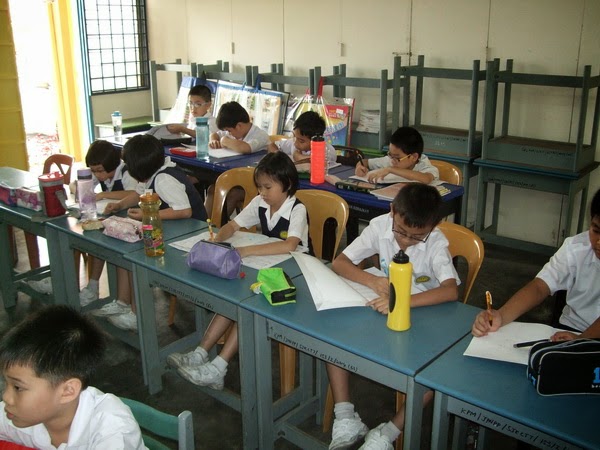 2. Ask students to volunteer coming to the whiteboard to write out the two bar rhythmic pattern they have created. In this case, the student chose Simple Triple, which means three crotchet beats in a bar. 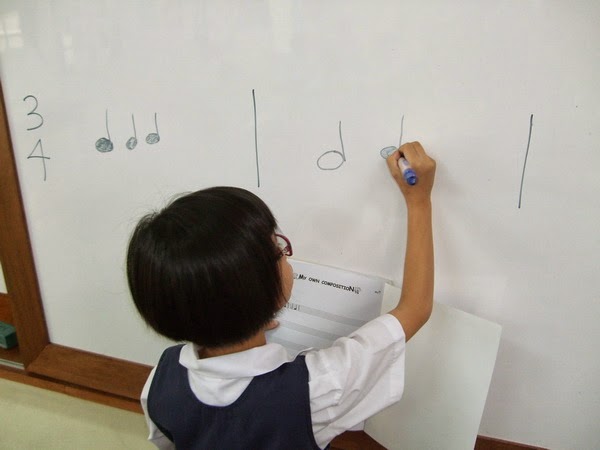 3. Next, I ask for any student to volunteer developing the two bar rhythm pattern with another two more bars. But I caution them that this other two bars must have musical connectivity to the earlier two bars. The student (in the photo below) came up with the additional two bars. 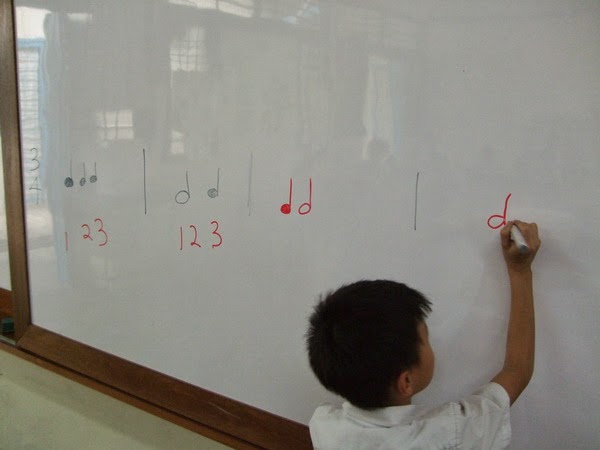 5. Rightly so, it does feel a little awkward. Instead of having the students create other rhythmic pattern for Bar 3, I decided on another approach.

6. Getting the students to hear and appreciate musical tones can help them decide better. Musical sounds were then introduced to the students using an electronic keyboard, but only limited to three notes; Middle C, D and E. Include a pitch singing activity using these three notes. I use the syllable 'la' for the singing activity.

7. I would play short melodic phrases using these three notes and have the entire class 'sing' the phrases exactly as played. It is simply to imitate the pitch they hear. 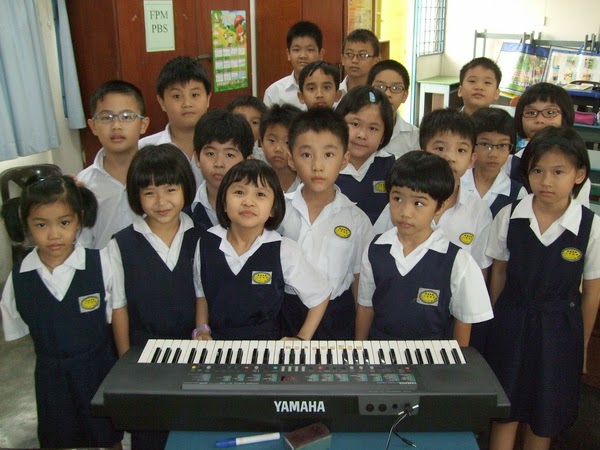 8. After the singing activity, I would ask students to suggest attaching a pitch to every note of the rhythmic pattern and below is what the students decided. The notes can be randomly chosen because one cannot go wrong with these three notes (C, D and E).

9. Once a pitch is assigned to every note in the rhythm pattern, I proceeded to play the entire melody on the keyboard while the students were asked to listen attentively especially to Bar 3. Quite immediately, the students reacted by saying it did not feel correct, some said it felt 'rushed'.

10. Exploring the somewhat 'adventurous' suggestions given by the students that they are never short of, I simply said the easiest would be for both notes to exchange positions as shown in the photo below. 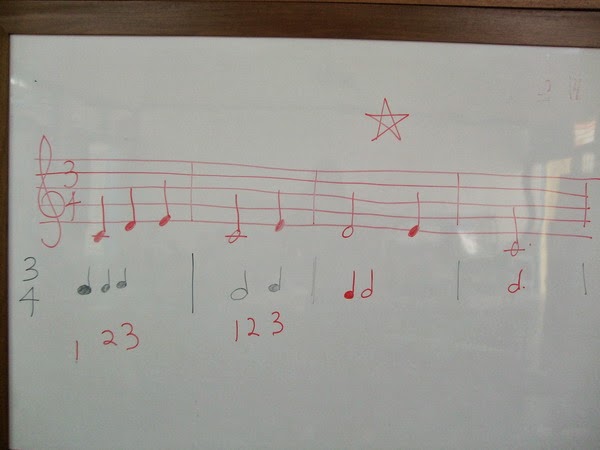 11. Below is a similar activity done in Simple Quadruple time. 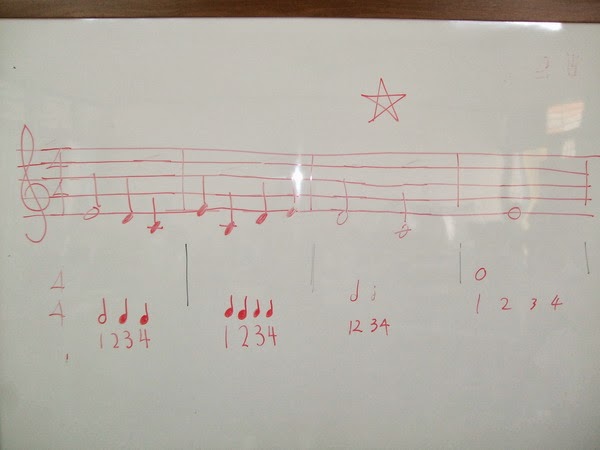 These approaches are simply ways to encourage students to begin composing music.