For their recent first term school exams, revision classes were also in order for their music assignment test that is in line with their school exams.

The students are to create a four to eight bar rhythmic phrase using the basic few types of notes they have learned. The purpose is to lead them into composing music. I would not consider any of the young primary school students in my class as being too young to begin composing. In fact, the students actually welcome the opportunity to compose music, though some may find it quite challenging. But the enthusiasm to try their hand at composing is most encouraging.

Here is a simple 'recipe' to begin composing music.

1. Firstly, begin by creating a two bar rhythmic motive. This is the opening musical sentence. 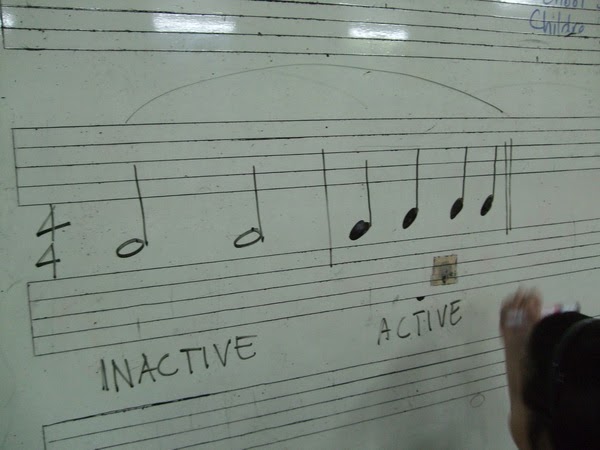 3. Of course, it can be reversed too. The first bar can be active while the second bar can be less active.

5. When the first two bars are completed, proceed with another two bars. Use and follow the same concept of an INACTIVE bar followed by an ACTIVE bar of rhythmic pattern. 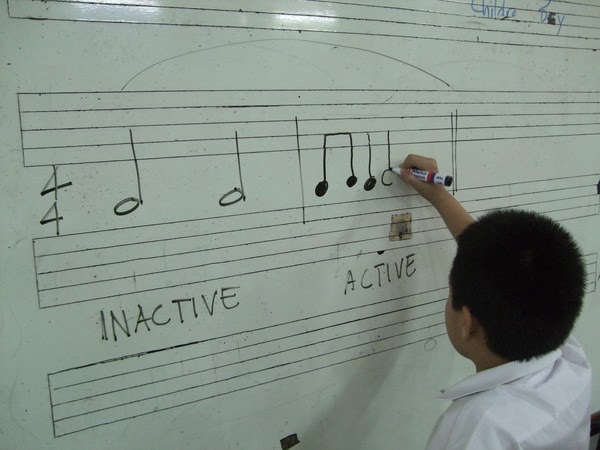 6. The student here decided to use quavers in the next two bars (as seen in the photo on the right). This is a good idea as it would create good contrast with the earlier two bars. 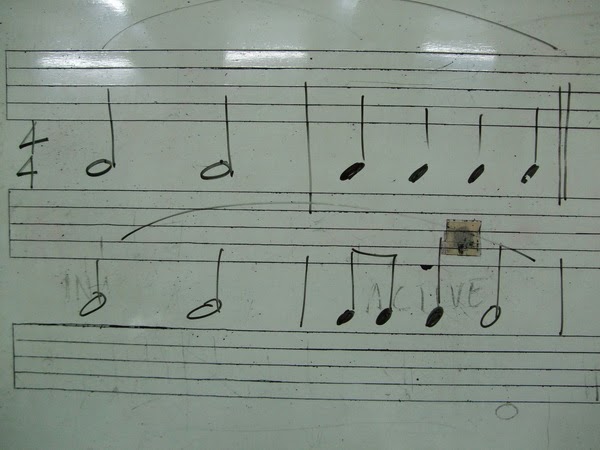 8. Questions that I would ask the students would be; What do you think about the rhythmic flow? Does it feel correct? Is there anything to change? Would you want to change anything?

9. Asking if anyone can improve on it would bring forth an avalanche of ideas from the eager students. Of course, this is encouraged but there must enough lesson time to explore all the students' musical ideas in this case. If not, do this activity at another time.

Here is a clip of the students doing the clapping activity of the four bar rhythm shown in the photo above.